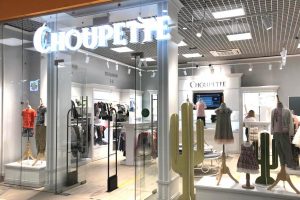 On July 9, 2020, the grand opening of the Choupette store in Voronezh took place.

The brand store was opened in a new concept - the stylish "Neoclassic". A full assortment of goods awaits visitors: current fashion collections, clothing for celebrations, a school uniform, images for the little ones, christening clothes, children's shoes and accessories. 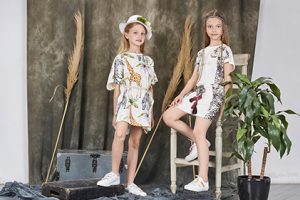 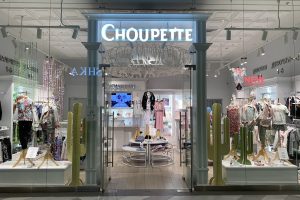 On June 1, eleven Choupette stores opened their doors again for customers, and stores in the shopping mall Evropeisky and Central Department Store on Lubyanka are ready to meet visitors on a brand new level.

The bright and unique concept, which has managed to effectively prove itself, is becoming more widespread, therefore, immediately after quarantine, Choupette opened newly updated stores in the shopping mall Evropeisky and in one of the country's oldest shopping centers - the Central Department Store on Lubyanka.

The change in the approach to outlets is associated with the active growth of the brand: the average area of ​​the stores has increased, the assortment matrix and age group have expanded to 12 years old, new collaborations on product categories have appeared.

Anastasia Vasilkova, development director of TM Choupette, predicts a 30% decline in consumer demand after the pandemic. “This is our optimistic forecast, which is also related to our new concept, which will attract customers, both loyal and new,- says Anastasia Vasilkova - At the same time, we are actively preparing for the school season, which begins in June and lasts until August, and is one of the most profitable in children's retail. The new trading equipment optimally meets our needs and allows us to show, in the best possible way, all the advantages of the College collection. ”

Choupette stores in Ufa, Voronezh, Irkutsk and Magnitogorsk are being prepared for the opening in the new concept. 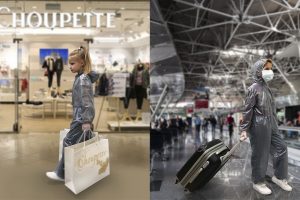 Safety is in fashion! Innovative jumpsuit for children from Choupette!

Quarantine in the cities will end soon , and we will be able to move, travel and communicate with other people freely. However, the virus has not yet been defeated, so a large number of contact can be dangerous.

Choupette has developed a hydrophilic membrane protective jumpsuit for maximum safety! “In the current situation, it is very important to take care of childrens health, especially in a crowded environment: shopping centers and airports,” - says Anastasia Vasilkova, development director of TM Choupette, - You can provide quality protection against viruses thanks to the Choupette jumpsuit. It can be used as a raincoat, for cycling during bad weather, in the forest for protection against ticks and in many other outdoor activities. At the same time, it is made in a stylish metallic color, and sleeves and a hood are decorated with reflective ribbons that will prevent dangerous situations on the roadway. This jumpsuit will certainly be appealing to children. ”

The jumpsuit consists of 100% polyester and PU membrane, which is used to make protective clothing for doctors. The fabric has a large number of advantages:
- prevents the penetration of elements, viruses and bacteria;
- has high breathing properties;
- does not retain viruses and bacteria on the surface;
- protects from moisture;
- suitable for reusable use;
- has a high degree of resistance to tearing;
- resistant to disinfection. Withstands disinfection with Chloromine with a concentration of 3% and Hydrogen Peroxide 3% at least 5 times.
- can be washed.

Choupette technologists guarantee that in this jumpsuit children will feel not only safe, but also comfortable. The UNISEX model has a comfortable fit and light weight. For thermoregulation, a ventilation valve runs along the back, which helps to remove steam and heat, while maintaining protection against viruses.

You'll be able to buy this jumpsuit in Choupette online store, as well as in retail locations. Protect your child from viruses with Choupette!