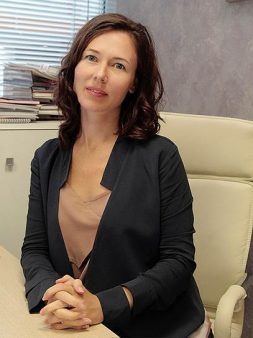 ANASTASIA VASILKOVA IN THE “KOMMERSANT” NEWSPAPER


INTERVIEW OF ANASTASIA VASILKOVA IN THE "KOMMERSANT" NEWSPAPER ABOUT FRANCHISE TM CHOUPETTE, ACHIEVEMENTS AND PROSPECTS.

Anastasia Vasilkova, the Development Director of TM Choupette, gave an interview to the newspaper Kommersant, as a representative of one of the top franchise companies. In the article “With hope for the best,” Anastasia shared the achievements of TM Choupette and future plans and prospects.

"Choupette is a Russian brand of designer clothes for children from 0 to 12. In 2017, the company celebrated its first anniversary - 10 years. If we talk about the franchising market, then, despite the unfavorable economic situation that has developed there, we can boast good results. The net sales growth was by 14 percent, and this is despite the general decline in the market in our industry. The halt or lack of development is the beginning of the end. Therefore, we are developing from the point of new cells of the assortment matrix, new product groups and new development regions, as well as new marketing and PR moves. Our task is always to surprise our customer ", comments Anastasia Vasilkova, development director of TM Choupette.

You can read the full article on the www.kommersant.ru website or on the www.my-choupette.ru