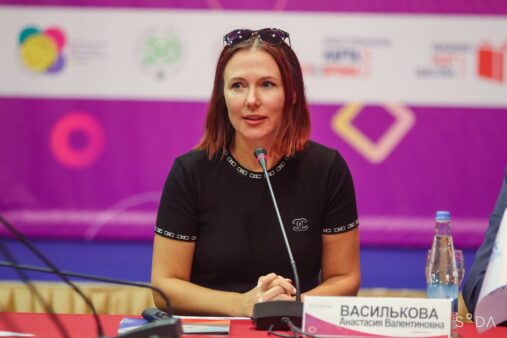 
On September 27, the first day of the Congress of the Children's Goods Industry was held in Moscow. The main event of the forum was the meeting "Children's goods industry: components of technological sovereignty", where the chairmen discussed the problems of development and support of enterprises producing goods for children. Government representatives and manufacturers acted as speakers.

Anastasia Vasilkova, Development Director of TM Choupette made a proposal to expand the preferential VAT for children's products.

"Now children, graduating from high school, grow up to 180 cm," says A. Vasilkova. - But clothes of this height are sewn according to an adult pattern, and preferential VAT does not work here. It would be good to have preferential VAT for such sizes of children's clothing. Now, because of these discrepancies, we produce clothes only for children under 12 years old."

Also, the development director of TM Choupette noted that the children's goods industry is supported by the state through many channels, but in order for advertising to reach the target audience – children – it is necessary to add a new tool – digital promotion.