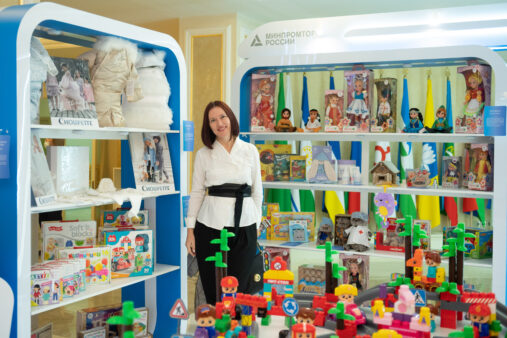 Choupette at the Presidential Council meeting


Anastasia Vasilkova, TM Choupette Development Director , took part in the Presidential Council meeting for the implementation of state policy in the field of protecting families and children. The participants discussed the state and development prospects of the children's goods industry.

“We prove that Russian quality is appreciated not only in Russia, but also abroad,” says Anastasia Vasilkova. - We sell our products in rather complicated markets: USA, Kuwait, Arab Emirates, India. And everywhere the fact that the products are made in Russia evokes only positive emotions ”.

Anastasia Vasilkova drew attention to the problems faced by many manufacturers involved in the export of products, and the Choupette brand in particular. For example, the lack of laboratories that test children's clothing for international certification. TM Choupette Development Director asked the representatives of the Council members to include this issue in the appeal to the government of the Russian Federation in order to assist in solving the problem.

A. Vasilkova also noted that, in the spring of 2022, children's clothing will rise in price, which will have a negative impact on purchasing power, and suggested introducing a subsidy to manufacturers of raw materials for children's clothing in order to reduce product prices.

The head of TM Choupette believes that the most important problem is the lack of personnel, which is caused both by the closure of sewing educational institutions in the regions, and by the reluctance of graduates to work in their specialty. As a solution, it was proposed to introduce targeted payments to those who remain in the profession.

The Chairman of the Federation Council Valentina Matvienko commented on Anastasia Vasilkova's speech: «Dear colleagues, as far as I know, this brand began with the desire of the founders to create quality and beautiful clothes for their own children and their friend’s children. Imagine, starting from scratch, with clothes for your children, and creating a company that is already widely known both in Russia and abroad ... If it seems to you that it is difficult to work, everything is very bad, look at your colleague Anastasia Vasilkova - she managed, she did it. Dreamed – and dream came true. You have done a great job and now you are setting tasks for the president and the government. You see, that's the scope. And it’s right. We have written down all your wishes and will definitely implement them, because they are correct, and because you are the person who is engaged in this. Thank you very much and I wish you success. We are very glad that you are known abroad as well. Look what beautiful, wonderful clothes Choupette has.»