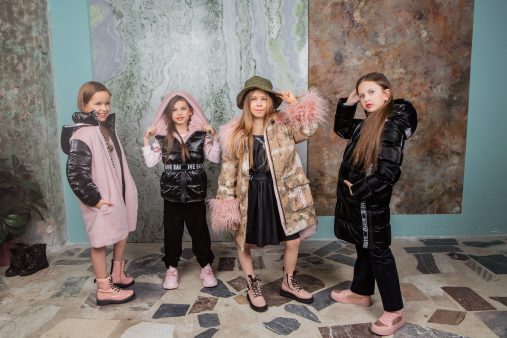 Choupette, was one of the speakers. During the conversation, Anastasia spoke about the influence of the smart consumption trend on children's fashion, about the features of mandatory labelling, about the trend towards reduction of offline stores and about advantages of the franchise business during the crisis.

According to the results of the "Russian market of children's clothing 2021" research, this year Russians plan to  approach the purchase of children's clothing more rationally. This trend is associated with two factors. First, it is the influence of the European trend on conscious consumption. Second, it is the growth of the amount of poor Russian buyers, which is especially felt in the distant regions of the country. According to Anastasia Vasilkova, this trend can be responded to in different ways. The first way is to occupy other niches. The second path taken by the Choupette brand is to look for new markets in which the behavioural pattern is closer to the product. For example, in India, where the Choupette store recently opened, the trend for smart consumption is not relevant, so special occasion clothes will be relevant for a long time.

In addition to a decrease in purchasing power, a trend has emerged to reduce offline outlets. In Europe, it manifests itself especially clearly. At the same time, in Asia, the number of stores, on the contrary, is growing. For example, this year, Chinese authorities canceled fines for third child in the family. This will cause a boom in the birth rate, thanks to which the segment of children's clothing will actively develop. In Russia, the reduction in offline outlets is associated with a natural decrease in sales. Now the peak age is 8-9 years old, and in a few years it will grow up to "teenager". Development Director of TM Choupette believes that there will be no natural economic growth drivers in the children's clothing segment in the near future.

Another issue that was discussed at the conference is the introduction of mandatory labelling. The new rules caused a number of difficulties. The "Honest Sign" system was not ready for heavy traffic. Also, due to the innovation, it was necessary to strengthen the warehouse flow, and the financial and time costs increased. Choupette has not only its own, but also franchised retail chain, so it is important to control how each partner copes with labelling. “This is a difficult but surmountable process,” says Anastasia Vasilkova. "You just need to invest in more time and money."

Anastasia Vasilkova noted that the franchise program allows a better and faster response to crisis conditions. “To get out of the crisis with better results, there must be a strong franchise network. By the start of the coronavirus, Choupette network consisted of strong partners, and their stability and mutual support helped to survive. Thanks to this, we are closing 2021 with higher indicators than 2019 ”.