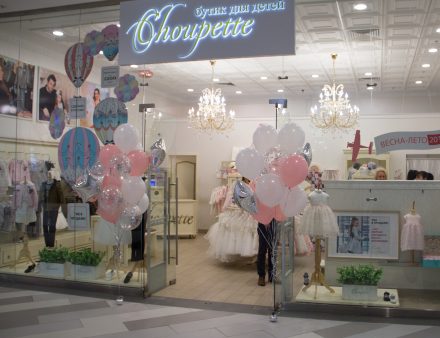 
Until the end of March, the Russian brand of children's clothing Choupette will open 4 new stores in Russia and its first stores in the capitals of Kazakhstan and Kyrgyzstan. The Russian brand of designer clothes for children Choupette opened the first stores in the capital of Kazakhstan, Astana and the capital of Kyrgyzstan, Bishkek. In Astana, a franchising boutique opened in the largest shopping and entertainment center Mega Silk Way. The opening of two stores took place in mid-March 2018. According to Anastasia Vasilkova, the development director of Choupette TM, the company is currently negotiating the opening of the first stores in the UAE (Dubai Mall) and Saudi Arabia. Nowadays Choupette children's clothing stores network has 98 outlets. "In 2017, several shops were closed, but most of the boutiques increased their squares and moved to the best locations," explained Ms. Vasilkova, "During 2018, we plan to open at least 15 new outlets. In March, 6 stores have already been opened - Moscow SC "FashionHouse Black Dirt", Chelyabinsk SC "Rodnik", Nizhny Novgorod SC "Fantastika", Stavropol TC "Kosmos", Bishkek SC "Detsky Mir", Astana SC "SilkWay". Choupette is a designer clothes for children from 0 to 14 years. The network unites more than 95 stores around the world, including boutiques in the US, Switzerland and neighboring countries.