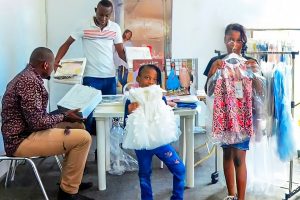 Choupette at the international exhibition in Nigeria

The Russian brand of children's clothing Choupette took part in the largest international trade exhibition in Nigeria LAGOS INTERNATIONAL TRADE FAIR 2021. The event was held from November 5th to November 14th in the economic center of the country - the city of Lagos.

The Choupette brand continues to expand internationally. This fall, head office decided to research the markets of African countries, including Nigeria.

“In a five-year perspective, we see the potential in this country,” says Anastasia Vasilkova, Development Director of TM Choupette. “We already notice a high interest from business and potential partners in our products, despite the fact that the price for this market is above average.”

The infrastructure of Nigeria is ready to work with European retail, so in the future Choupette brand plans to successfully launch the first franchise in Africa. 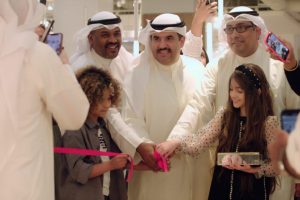 The new star of the East. Choupette store in Kuwait

A new store of the Russian brand of fashionable children's clothing, Choupette, opened on November 2nd at the prestigious Al Kout Mall in Kuwait. The outlet became the largest among the Choupette stores: its total area was 140 sq.m. The ceremony was attended by guests of honor, including His Excellency Sheikh Al-Sabah.

Famous bloggers, media people and business representatives also attended the opening. The CEO of Tamdeen Group, which includes Al Kout Mall, commented: “Choupette embodies trendy design and quality, this unique combination has no competitors in the Kingdom of Qatar, especially the newborn line.”

Talal Malallah, a well-known Kuwaiti businessman, has become a strategic partner of Choupette in the Middle East.

“We were looking for a brand of children's clothing that would combine trendy design, premium quality, reasonable price, and Choupette met all our expectations, so we decided to develop with this international and strong company“, - says Talal Malallah,  “We are very pleased to be part of the Choupette team and would like to note that the brand's head office was very supportive in the opening of the store. The employees always responded quickly to our requests, continuously monitored all processes, gave very valuable advice, guided us and proved to be true professionals. In the short-term plans for the development of the brand in Kuwait we have a launch of a mono-brand online store, I think it will be as successful as the offline store."

The Choupette head office notes that it is also very pleased with the cooperation. During the work, the partner showed himself creatively and was already able to create a keen interest in the brand on social networks. In the near future, businessman Talal Malallah plans to expand in other Gulf countries such as Saudi Arabia, Bahrain, Qatar, Oman and the United Arab Emirates. In which particular Arab state Choupette will open its doors next year will be a surprise. 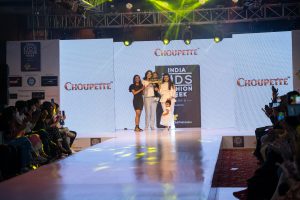 The event took place in Delhi at the Lalit Hotel. The show was attended by about 200 people, including famous Indian bloggers.

The brand showed a collection of special occasion dresses and suits. The variety of styles, designer cuts, original materials, trendy decors - feathers, rhinestones, lace and the consistently stunning quality of Choupette's work won the hearts of all guests.

“After the show, many came up to us, asked the name of the brand and where the store was located, the guests were delighted and were ready to buy the entire collection right at the show,” -  says Shruti Aggarwal , strategic partner of Choupette in India, - We are proud that Choupette was chosen to participate in the fashion week. It was a new amazing experience for us! " 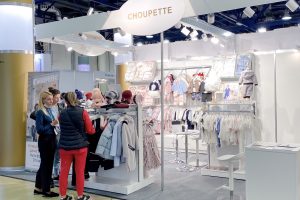 The Russian brand of fashionable children's clothing Choupette traditionally took part in one of the largest events - the 26th international exhibition CJF “Children's and Youth Fashion. Clothes for future mothers ".

From September 21 to September 24, more than 200 brands from 11 countries demonstrated novelties in the field of children's goods. According to the overwhelming majority of Russian and foreign exhibitors, this is the most popular platform for new products and effective business communication presentation in the children's fashion industry.

Choupette presented its unique products, which have been captivating customers all over the world for more than 14 years: envelopes and discharge sets, overalls-transformers, outerwear, as well as fashion collections and school uniform.

According to Anastasia Vasilkova, development director of TM Choupette, the brand was greeted very warmly. Many partners noted that despite the crisis conditions, Choupette continued to follow its standards: release of seasonal collections, shippings were on time and developed new categories.

“We got 30-40 new contacts a day, both for wholesale purchases and for the franchise program,”- says TM Choupette Development Director. “We also felt that there was a global change of participants: many new companies appeared and old manufacturers and brands left”.

This year, Choupette is successfully expanding into new markets: this summer, the brand opened a monostore in New Delhi, and very soon Choupette store will appear in Kuwait at the "Al Kout Mall". It will be the largest retail outlet of the brand - 130 square meters.