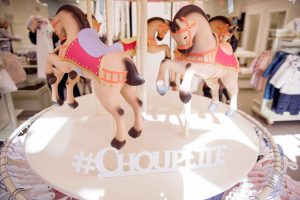 CREATIVE OPENING OF A BOUTIQUE IN PERM

The designer children's clothing boutique Choupette has opened in Perm!

The grand opening was held in a cheerful and family atmosphere. Throughout the evening was a special atmosphere of the fairy tale "Alice in Wonderland". Extraordinarily beautiful flowers decorated all street retail store’s windows and set a festive mood for the city residents. All the guests were expected excellent music, stylized animators, designer confectionery, creative photo zone, master classes and gifts for young fashionistas. 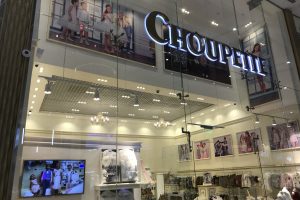 Choupette boutique in Kazakhstan has opened its doors to visitors on April 2. The long-awaited premiere of the flagship fully corresponds to the concept of brand stores design around the world. Its main idea is to emphasize the beauty and Choupette objects quality for children throught the boutique interior design. The store’s space was planned for the most comfortable purchase process for children and adults. A center of attraction for buyers of all ages has became the brand carousel Choupette.

"This store is one of the largest and most noticeable stores in the chain Choupette. It fully reflects the brand's philosophy such as to be on the edge of fashion trends, to choose only high-quality materials for their collections and to anticipate the customers’ desires” - notes the director for the development of TM Choupette Anastasia Vasilkova - “ We hope the new store will become a favorite place for shopping for all Kazakhstan capital residents”.

The entire brand’s assortment is presented in the Choupette Silk Way including design clothing for newborn baby - design baby nests and kits, comfortable bed linens. Large selection of smart and casual clothes for children from 0 to 10 years. The store also presents a variety of accessories for children's rooms and the handmade furniture in the best old French manufactories traditions. 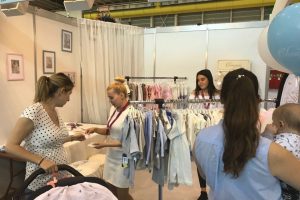 "Participation in the exhibition gives us the opportunity to meet with regular customers, attract new customers from other cantons, increase the recognition of the Choupette brand in Switzerland and find new partners throughout Europe. This year at the exhibition we offered cooperation with local bloggers who admired the quality and originality of the design of our brand products. We were pleased, because it means that our work is valued by people from all over the world", - noted the owner of the store in Geneva, Ksenia Sesko. 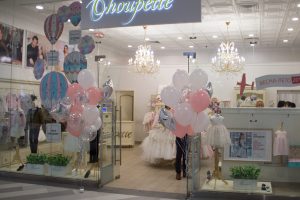 Until the end of March, the Russian brand of children's clothing Choupette will open 4 new stores in Russia and its first stores in the capitals of Kazakhstan and Kyrgyzstan. The Russian brand of designer clothes for children Choupette opened the first stores in the capital of Kazakhstan, Astana and the capital of Kyrgyzstan, Bishkek. In Astana, a franchising boutique opened in the largest shopping and entertainment center Mega Silk Way. The opening of two stores took place in mid-March 2018. According to Anastasia Vasilkova, the development director of Choupette TM, the company is currently negotiating the opening of the first stores in the UAE (Dubai Mall) and Saudi Arabia. Nowadays Choupette children's clothing stores network has 98 outlets. "In 2017, several shops were closed, but most of the boutiques increased their squares and moved to the best locations," explained Ms. Vasilkova, "During 2018, we plan to open at least 15 new outlets. In March, 6 stores have already been opened - Moscow SC "FashionHouse Black Dirt", Chelyabinsk SC "Rodnik", Nizhny Novgorod SC "Fantastika", Stavropol TC "Kosmos", Bishkek SC "Detsky Mir", Astana SC "SilkWay". Choupette is a designer clothes for children from 0 to 14 years. The network unites more than 95 stores around the world, including boutiques in the US, Switzerland and neighboring countries.